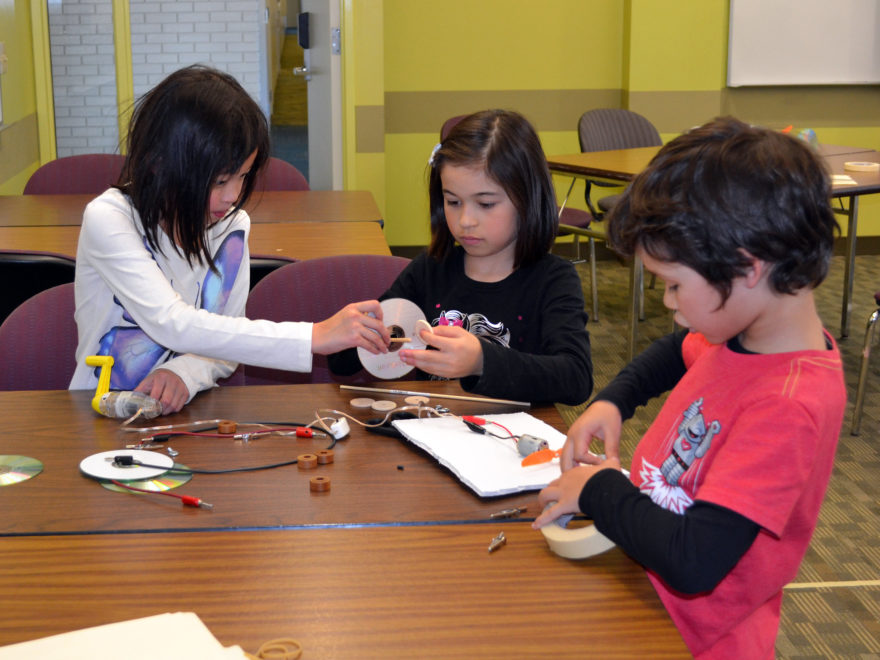 When you enter a typical STEM classroom (especially physics), you will likely notice two things. First, there are likely more men than women in the classroom and second, the instructor is also likely a man. Unfortunately, the demographics of many STEM professions reinforce stereotypes about who can do STEM. These stereotypes have consequences for engagement with and motivation in STEM. For example, STEM stereotypes are a significant predictor of STEM self-efficacy (your belief that you can do STEM tasks), which predicts future career aspirations.

Stereotypes often form relatively early in life, with children as young as two and a half years old being aware of gender-based stereotypes and even developing their own. STEM-specific stereotypes often develop shortly after, such as which jobs which typical for each gender. Once children are in school, more explicit stereotypes such as boys being better at math develop, despite no experimental evidence actually showing that boys are better at math than girls are (which we covered in a previous post).

However, there is evidence that explicit stereotypes decline as children develop and that older children see gender-roles as more flexible. This evidence suggests that children’s stereotypes about STEM may also change over time. Today’s paper seeks to see if this is true: how do STEM stereotypes differ across different development stages. In addition, the paper seeks to understand how informal education may impact those stereotypes.

The term informal education may be unfamiliar. Broadly, it is any learning that happens outside of the classroom, such as at museums or science centers. Often a feature of informal education is interacting with an educator. For example, think about the last time you went to the zoo. How many keeper talks were there and how many times did you pass a zoo employee holding an animal pelt or bone, inviting people to touch it and learn more about the animal? The authors of today’s paper theorized that these informal interactions may be able to combat STEM stereotypes since these educators could serve as role-models of people who do STEM.

To explore their hypothesis, the researchers recruited a total of 997 participants (aged 5-18 who were with a parent or adult) at four informal science sites including a zoo, an aquarium, a children’s science museum, and a family science museum. At each venue, the researchers selected a specific exhibit and asked visitors to participate in their survey in exchange for a £5 reward (around $6.50 in the U.S.) gift card or gift shop voucher.

The survey addressed three topics, stereotype awareness, stereotype endorsement, and stereotype flexibility, across four questions. The questions had the general form of “Who do you think _____ good at ____?” The first blank was replaced by “is usually” (stereotype awareness), “should be” (stereotype endorsement) or “can be” (stereotype flexibility) and the second blank was replaced by “science”, “technology”, “engineering”, or “math” for a total of 12 questions (3 options in the first blank times 4 options in the second blank). For each question, the participants responded with “boys”, “girls” or “both boys and girls”.

To analyze the data, the researchers counted the number of each response to each question in each of the three topics and then assigned as score of 0-4. For example, if a participant answered one of the awareness questions with “girls” and three of the awareness questions with “both boys and girls” on, the researchers would assign the participant a score of 1 on “female-bias” and a score of 3 on “equitable response”.

The researchers then used ANOVAs to search for differences in the responses from boys and girls from different age groups who had visited the exhibits at different times and with different educators present. First, the researchers found that the presences of an educator and their gender did not affect the presence of stereotypes present in any of the age and gender groups.

On the other hand, the stereotype flexibility questions (who can be good at STEM) showed a different pattern. Boys still tended to be biased toward their own gender, but girls did as well (figure 5).

While the finding that the presence of the educator and their gender did not matter may be surprising, the researchers noted that the literature suggesting otherwise focused on teachers and role-models. In contrast, most participants spent less than 5 minutes with the educator, which may not be enough time. Thus, how much time with an educator is needed in order to see a positive effect is an open question. For example, is a day-long or week-long STEM event enough time to see an effect?

Through this work, the researchers demonstrated that explicit STEM stereotypes are less common among older children than younger children. They showed that younger children tended to believe their gender should or can be good at STEM and older boys also showed this pattern. Older girls on the other hand tended to believe either boys or girls should or can be good at STEM if they did not say “both”. The results from this work suggest that early childhood is then an ideal time to challenge stereotypes about who can do STEM work.