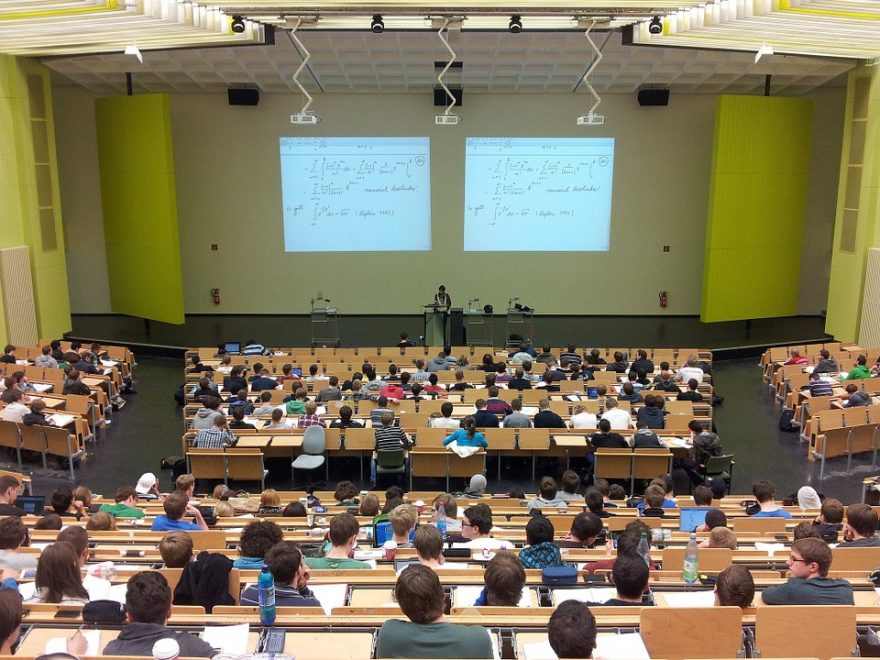 Title: “What Will I Experience in My College STEM Courses?” An Investigation of Student Predictions about Instructional Practices in Introductory Courses

When I started my undergraduate studies, one of my advisors recommended that I take an advanced calculus course. Throughout the conversation with her, she repeatedly stressed how difficult the course would be. At first, I thought the difficulty was overblown but on the first day of class, my thoughts quickly changed. The professor started class by saying how difficult the course was and that earning a “C” in his course would be an “A” in any other math course. If that wasn’t enough, a “C” in his mind was at least a 40% in the course. Unsurprisingly, around half of the students dropped the class.

While my story is on the extreme side, it represents the larger picture in STEM. Around half of undergraduate students who start as STEM majors will actually graduate within six years of starting their degree, with most who do not changing majors or leaving the university within their first or second year. Unfortunately, first generation students and students from unrepresented racial or ethnic groups do not complete STEM degrees at even higher rates.

While each student likely has their own reasons for leaving their STEM major, some of the most common reasons reported in the literature include a lack of pre-college preparation, the student’s college experience, the institutional context, the campus climate, and institutional support. Further, of the students who leave STEM majors, 90% reported concern about the poor quality of teaching in introductory STEM courses. While high school courses include lectures, group work, and individual work time, college courses consist mainly of lectures and often have the notion that they are “weed out” courses. As a result, incoming students likely have expectations about how their college courses will be and these expectations shape how they perceive the course. If their expectations about how they will be taught are not met, students may feel that STEM is not for them and hence, switch programs. The goal of today’s study is to explore what type of instruction students expect in their intro STEM courses and how those expectations may vary by demographic.

To collect their data, the researchers sent online surveys to students in 22 introductory STEM courses from a variety of disciplines at 3 different universities. The students took the surveys during the first week of class and also during the middle of the semester. The surveys asked students about the percentage of class time they thought was devoted to a variety of activities. For the survey at the start of the semester, the student was asked to estimate the fraction of a typical class that would be devoted to each activity and how the students came up with their estimate. Overall, 1,638 students provided usable responses for the beginning of the semester survey and 1,269 students provided usable responses for the middle of the semester survey.

In addition, the researchers also observed the instructor teaching in each of the classrooms 4-5 times during the semester. To describe what was occurring during the session, the researchers used the Classroom Observation Protocol for Undergraduate STEM (COPUS). The COPUS breaks each class into 2 minute chunks and the researcher describes what happened during that chunk by assigning a number 1-7 based on the the interactiveness of the course. A “1” corresponds to pure lecture (passive learning) while a “7” corresponds to pure active learning.

When looking at the results from the survey distributed at the start of the semester, the researchers found that the students expected that the majority of class (64% of class time) would be devoted to lecture with around 30% of class time split between individual work and group work (figure 1). The student responses suggest that the students made their estimates based on their experience with the course during the first week (what the instructor said, the syllabus, the first meeting or two of the class, etc.), course characteristics (such as the number of other students), and from information they had gathered before the start of the course (such as what their friends have said or what other college courses have been like).

To understand demographic differences in the responses, the researchers used a mixed-effects linear model (a linear model that takes into account factors that are constant across students as well as factors that differ between students) to determine which demographic information mattered. They found that the only significant variables were whether the student was the first in their family to go to college (first-generation) or whether this was the student’s first semester of college (first-semester). The researchers found that continuing generation students predicted 3.3% more class time devoted to lecture while continuing semester students predicted 4.4% more class time devoted to lecture. This means that a continuing semester and continuing generation student would have predicted 7.7% more lecture (or around 72% of total class time) than a first-generation student in their first semester. (Fig 2 A & B)

When the researchers looked at the data collected from the COPUS, they found that 74% of the analyzed 2-minute segments were devoted to lecture, in line with the prediction of the continuing semester and continuing generation students. In addition, the researchers found that the amount of time devoted to lecture decreased as the class size decreased, which also appeared in the student predictions (figure 2 C and figure 3).

The results then seem to suggest that first generation and first semester students underestimate the amount of time devoted to lecture. However, what if the results are influenced by how students perceive time rather than anything related to expectations. In that case, the mid-semester surveys should show a discrepancy between the amount of time students say lecture happens and what the researchers found from the COPUS. Yet, no such difference was found. This suggests that the first generation and first semester students really did have differing expectations about how much of the course would be devoted to lecturing compared to their peers who had previously taken college courses or had a family member with a college degree.

Even though the researchers found an expectation gap, it is hard to say if this gap has any meaningful effects. For example, it is possible that first generation and first semester students may not feel like STEM courses are for them since the course doesn’t contain as much group or individual work as they expected and in that may contribute to the student wanting to switch programs, but no such link is established in the paper. Nevertheless, the researchers suggest a few changes to make sure students’ expectations are aligned with what will actually happen in the course.

First, the researchers suggest that instructors be explicit about how the course will work when discussing the class on the first day or when writing their syllabus. If there will be group activities or active learning elements, make them clear from the start.