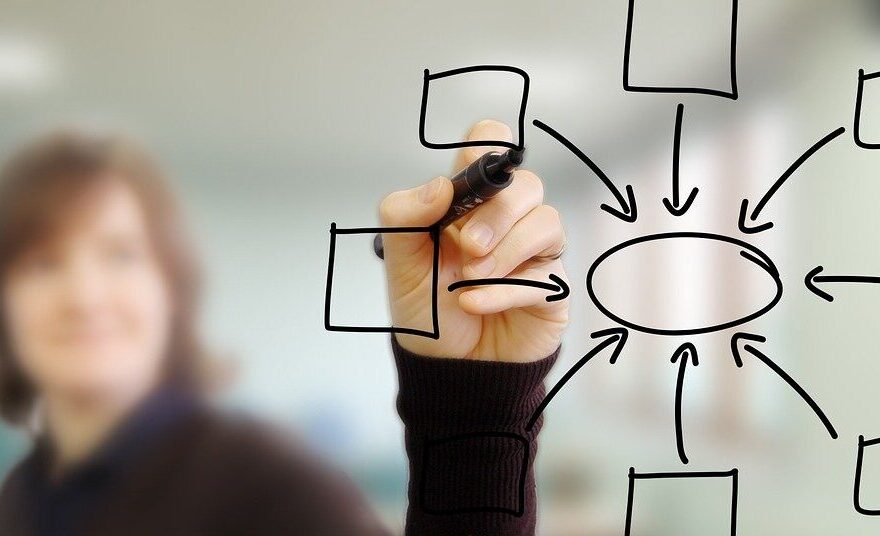 Yet, faculty aren’t the only ones who advise or mentor students. For many students, postdocs often act as informal mentors. For me personally, postdocs have helped me plan my career, identify alternate analysis techniques for my data, and find funding opportunities.

Despite the anecdotal evidence of the importance postdocs play in mentoring graduate students, no study so far has explored how well this so called cascading model of mentorship works. Today’s study changes that, finding postdocs may be even more important than faculty are for developing a graduate student’s skills.

To reach their conclusion, the researchers recruited 336 biological science PhD students for a 4-year longitudinal study. Because publications are a key metric used to assess researchers and impact career trajectories, the researchers thought written research outcomes represented a valid display of skills relevant to a scientist’s career.

They then collected a sole-authored writing sample from each student annually. These writing samples were often first drafts of manuscripts, qualification exam materials, or dissertation proposals.

From these writings, two of the researchers scored the students on key scientific skills including integrating primary literature, establishing testable hypotheses, presenting results, and identifying limitations of the study, which were selected based on previous work. (Learn more in the supplemental material).

To understand how these skills changed over the four years of the study, the researchers used latent profile transition analysis, which models changes in group membership over time as well as how stable those groups. For example, if the analysis finds that a student is similar to some other students, do they remain similar across the time range?

From applying this analysis, the researchers found that three subgroups best described the students, which they then referred to as low-, medium-, and high-skill groups. Any student that moved up at least one level (e.g. low-skill to medium-skill) for a given year would have a positive transition for the skill, which is the desired result.

When looking at overall growth, the researchers found that again, postdocs participating in lab discussions strongly predicted belonging to the increase-in-skills group. Yet, simply the presence of post docs in the lab didn’t produce the same effect. The post docs needed to be actively engaged in discussions about laboratory practices for the junior grad students to receive the benefit.

You may have also noticed that I haven’t said anything about faculty yet, just senior graduate students and postdocs. That’s because none of the measures of faculty mentorship were predictive of a student having an increase in skills between years or an overall increase in skills.

To further understand their results, the researchers also interviewed 82 of the students and nearly half of them described a postdoc as a mentor to them. Common examples included providing hands-on instruction and giving professional and academic feedback.

So what does this all mean? For a faculty member, this study suggests that employing a cascading mentorship model where the senior members mentor junior members might be more beneficial than a traditional faculty-only mentoring model for graduate students. For postdocs, you play an essential role in developing grad students skills. Not only that, but other work suggests mentoring graduate students benefits your research skills too.

For graduate students, interact and build relationships with the postdocs in your labs, as this form of mentoring is mutually beneficial. For prospective graduate students, this study adds a caveat to the advice to pick a grad school based on the advisor rather than the research. While your potential advisor is still important, who else is in the lab and how they contribute to the lab is just as important for your development as a researcher.

Figures used under the PNAS license. Header image from Pixabay.