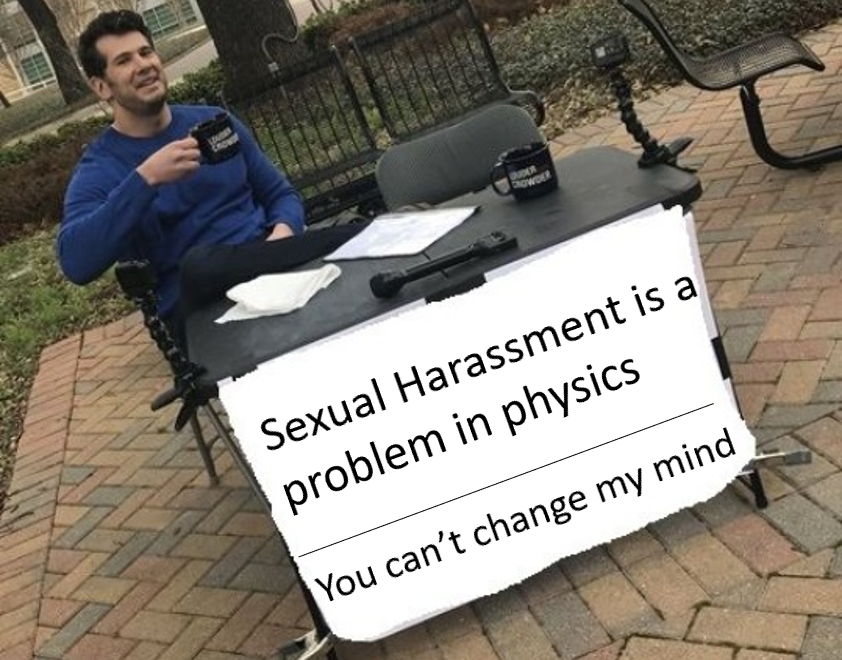 To assess the prevalence of sexual harassment in physics, the authors recruited participants from the American Physical Society’s Conferences for Undergraduate Women in Physics (CUWIP) in 2017, of whom 1378 of the 1503 attendees identified as women. Given that around 1350 women completed an undergraduate physics degree in the most recent year in which data was available (2015), the researchers believed they were reaching a large fraction of women in physics. Before and after the conference, the authors administered a survey about the women’s experiences in physics, where the post-conference survey specifically asked women to describe how often they had experienced various types of sexual harassment on a scale of “never,” “once,”, “twice,” and “more than twice.” The authors also included questions about sense belonging, which is the extent a person believes that they are valued, accepted, and legitimate members of the field and imposter phenomenon which is the internal experience of believing that one’s successes occurred not through genuine ability but as a result of having been lucky, having worked harder than others, and having manipulated other people’s impressions. The authors were intentional about using “imposter phenomenon” instead of the more commonly used term “imposter syndrome” to reflect that the imposter experience isn’t due to a “problem” with the individual as syndrome would suggest but is instead a result of the culture. The authors then used multiple linear regression to model how various experiences with sexual harassment would impact a woman’s sense of belonging and imposter phenomenon.