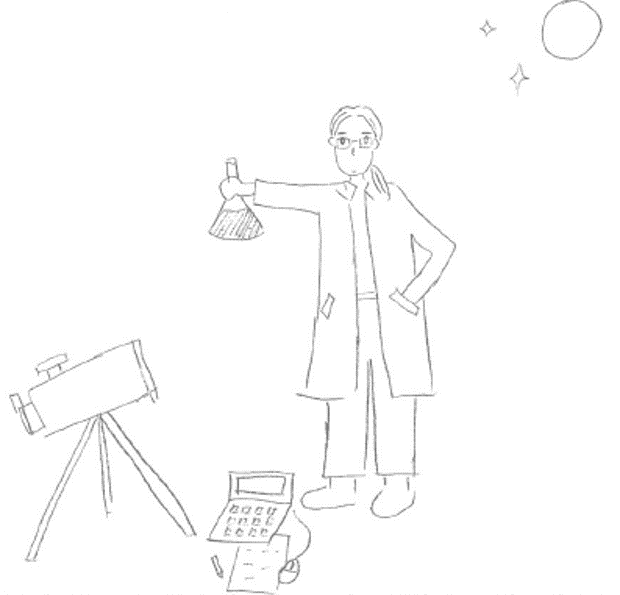 At this point, you might be thinking who cares, why does it matter how people draw scientists? First, these stereotypes are incorrect: scientists can be of any gender or race, don’t need to be brilliant, and can be stylish. More importantly though, who is seen as a scientist reflects who can be a scientist. While many students have an interest in science, few become scientists because they have a hard time seeing themselves as scientists. After all, if every scientist you know is a white man, being a white man starts to seem like a requirement to be a scientist.

Given that these stereotypes are present, widespread (seriously, make a list of pop culture scientists and count how many of them are not white or men), and can affect students’ career choices, a logical question is can we do anything about it. That’s the question of today’s paper. Can interacting with scientists outside the classroom change students’ perceptions of who can be a scientist?

To see if this was the case, the author’s of today’s paper included draw a scientists activities as part of 8-10 week after school programs and 1 week summer astronomy camps aimed at 3rd through 5th grade students. When applying to participate in either of these programs, the authors asked the students to include a drawing of what they thought a scientist looked like. Then on the last day of each program, the authors asked the students to draw a scientist again. Across 5 years of these programs, 89 students completed a before and after drawing of a scientist.

To compare drawings, the authors looked at certain features in the drawings. For example, how the student draws or describes their scientist’s gender and race, what activities the scientist is doing, what type of clothes they are wearing, and their demeanor. Ideally, as a result of participating in these programs and interacting with a diverse group of scientists, students should include less stereotypical traits in their final scientist drawings.

Yet, this wasn’t the case. In fact, most of the traits the authors looked at only showed small changes (figure 1). For example, both before and after the program, only 1 in 3 students drew a female scientist while only 1 in 4 students drew a scientist engaging in non-traditional science activities (such as working in space, using a telescope, or doing fieldwork). The authors also noticed that when students did draw a female scientist, she tended to be happy, while the male scientists tended to be more neutral in expression.

Interestingly, after participating in the program, slightly more students (44%) drew stereotypical scientists, which included drawing a scientist in a lab coat or with an Albert Einstein-like appearance.

While the after school clubs and summer camps did not seem to change how students draw scientists, the authors noted some problems with their data collection. First, the students did their initial drawings as part of their application, which means the conditions were not standardized. Perhaps their parents or teachers provided suggestions of what to draw. When doing their final drawing, the students all did it at the same time on the last day of the program, meaning the last day’s activities as well as the program staff’s presence may have affected the results. For example, some of the students drew program staff as examples of scientists. Yet, the staff was nearly gendered balanced, even though the final scientist drawings were not, suggesting this may have only had a small effect.

Want to show your students that scientists can be just as unique as they are? Check out the features by #UniqueScientists: https://twitter.com/also_ascientist . Also, read the PLOS ONE journal article Using selfies to challenge public stereotypes of scientists for one method of combating scientist stereotypes.

Figures used under CC BY 4.0. Header image is based off figure 1.